You are viewing this site in staging mode. Click in this bar to return to normal site. 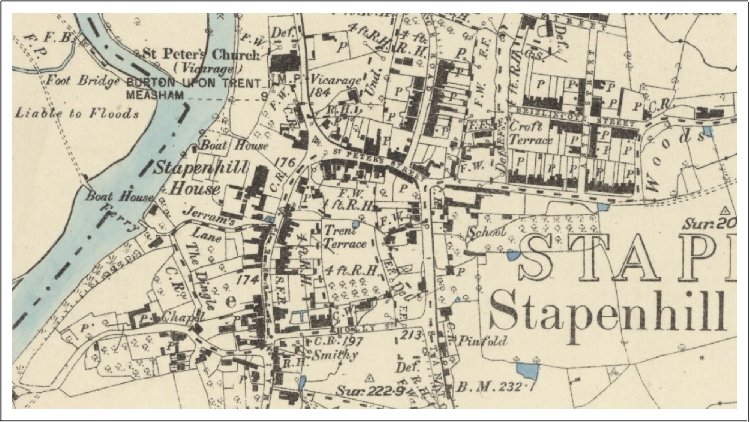 The map extract shown above is from an OS 6" 1884. reproduced with the permission of the National Library of Scotland.

The name Stapenhill has Old English origins and is thought to refer to a ‘steep hill’, which is very much a feature of the rising ground between the river and St Peter’s church. Sheltered by hills to the east, a settlement has existed here since before Anglo-Saxon times. Ancient trackways running from the north and east would have crossed near to a natural shallow fording of the river Trent at Stapenhill. Excavations in 1881 at old brick workings to the west of Stanton Road unearthed remains dating from the 7th century. Skeletons of men, women and children were found in graves that also contained spears and knives, ornaments and cinerary urns, indicating an early pagan Anglo-Saxon burial ground. The possibility of an earlier Romano-British settlement was shown by the presence of a small coin from the period of the Roman Emperor Constantine together with findings from adjacent excavations. When further housing was required in the mid 1920’s, a new and nearby street to the burial site, was named Saxon Street.

The present St.Peter’s church was built in 1881 using Derbyshire stone, replacing a much older church on the site. Nothing now remains of this ancient church but much of the building dated from the 13th century and with its dedication to St.Peter it suggests an even earlier foundation. The southern part of the parish is presently served by the Emmanuel church built in 1996 near the far end of Hawthorn Crescent. A Roman Catholic church was registered in1955 on Waterside Road, but by 1972 the church had moved to the former Methodist chapel in Main Street, and is now the Holy Rosary church of Nottingham diocese.

On Main Street, just to the south of St.Peter’s church, stood Stapenhill House, which was one of the most prominent buildings in the village. Built in the 16th century or earlier, there are records of it being assessed for tax on nine hearths in 1662. The gardens to the house had extensive greenhouses, a peach house and heated vinery. The last owners were the Goodger family who were an established firm of Burton solicitors. As a result of ruinous amounts of inheritance tax the house was demolished in the early 1930’s and the site gifted to Burton Corporation. It now forms the present Stapenhill Gardens, with just a few remaining features to hint at its previous use. 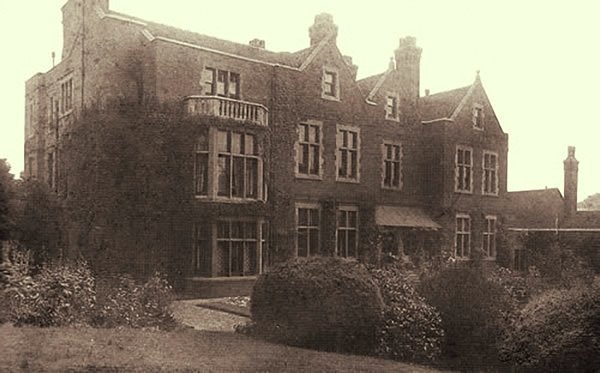 Just below the gardens and beyond the recently restored Ferry House, dating from 1771, the Stapenhill ferry had provided a passenger crossing across the river for many centuries, thereby avoiding the much longer journey by road across the Burton bridge about a mile to the north. Although proposals had been made in 1862 to replace the ferry with a bridge it was not until many years later in 1886 that Sir Michael Arthur Bass (later Lord Burton) offered to have a new footbridge built. Further negotiations with the Marquis of Anglesey resulted in the ferry rights being sold to Burton Corporation for what was a considerable sum at the time, and so in 1889 the ancient ferry was replaced by the present Ferry Bridge. The footpath across the meadows to the old Fleet Bridge was still however impassable during periods of flooding, so a year later Lord Burton also offered to pay for a viaduct connecting the Ferry Bridge with Green Street near to the present Burton College. Initially a toll of 1⁄2d was charged to pay for the purchase of the ferry rights, but after only 9 years of charges, the outstanding £300 was finally settled by Lord Burton’s generosity. A further 96 years was to pass before a second vehicle carrying bridge was provided across the Trent, when in 1985 St.Peter’s bridge was constructed together with a roadway on an embankment across the washlands.

Today many motor bus services go across St.Peter’s bridge and into the town, but about a hundred years earlier in 1880 a horse drawn omnibus service was introduced from Stapenhill Green, along Stapenhill Road past the cemetery and across the Burton bridge, which was then the only bridge over the river. The route was further enhanced when in 1903 Burton Corporation introduced a tram service from the town centre to Stapenhill, with its terminus near to the junction of Ferry Street with Main Street. Winshill and Horninglow were also served by the tram system, but by the 1920’s the growth in motor bus services to other parts of the Burton area resulted in a reduction in the viability of the tram routes and the system finally closed in 1929. 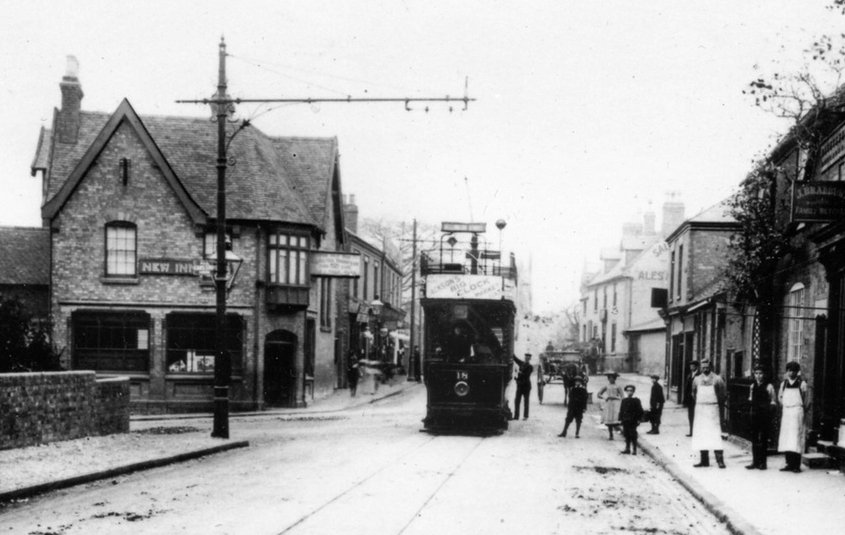 The area bounded by Ferry Street, Main Street, St.Peter’s church, Spring Terrace Road and Holly Street largely covers the older part of Stapenhill village and some buildings date from the 18th and 19th centuries. In the early 19th century the village still had a rural appearance as paintings of the time show, but with the coming of the railways and the expansion of the brewing industry with all its associated trades, a greater number of houses were required. Many of the detached and semi-detached houses around Clay Street and Malvern Street were built during the 1870’s to meet this demand. At the south end of the village the development of several brickworks in the 1840’s led to more employment and housing was provided around Hill Street and Heath Road. The late 1930’s and 1940’s saw the development of a large amount of housing between Rosliston Road and the River Trent, which was followed by further housing between Rosliston Road and Stanton Road in the 1950’s. The population of Stapenhill was given as 7900 in 2001.