You are viewing this site in staging mode. Click in this bar to return to normal site.

Initial work on creating the pathway for the Peace & Unity Garden has now been completed by the contractor Lichfield Tarmac.  The pathway, which has concrete edgings and surfaced with tarmac, is in the form of an extended semicircle.  Its width has been chosen to allow access for all users including wheelchairs.

Photos of the installation of the pathway are shown below: 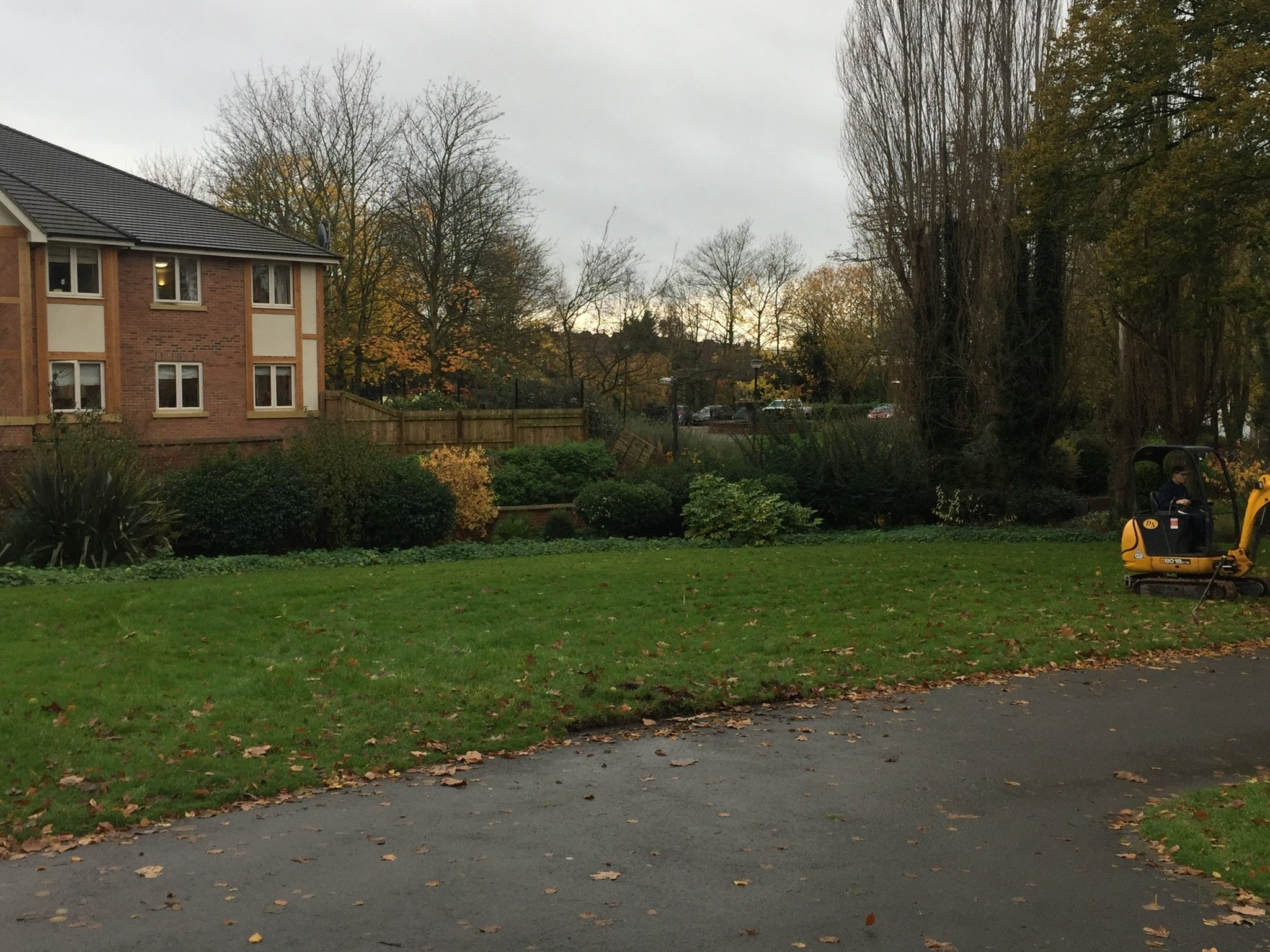 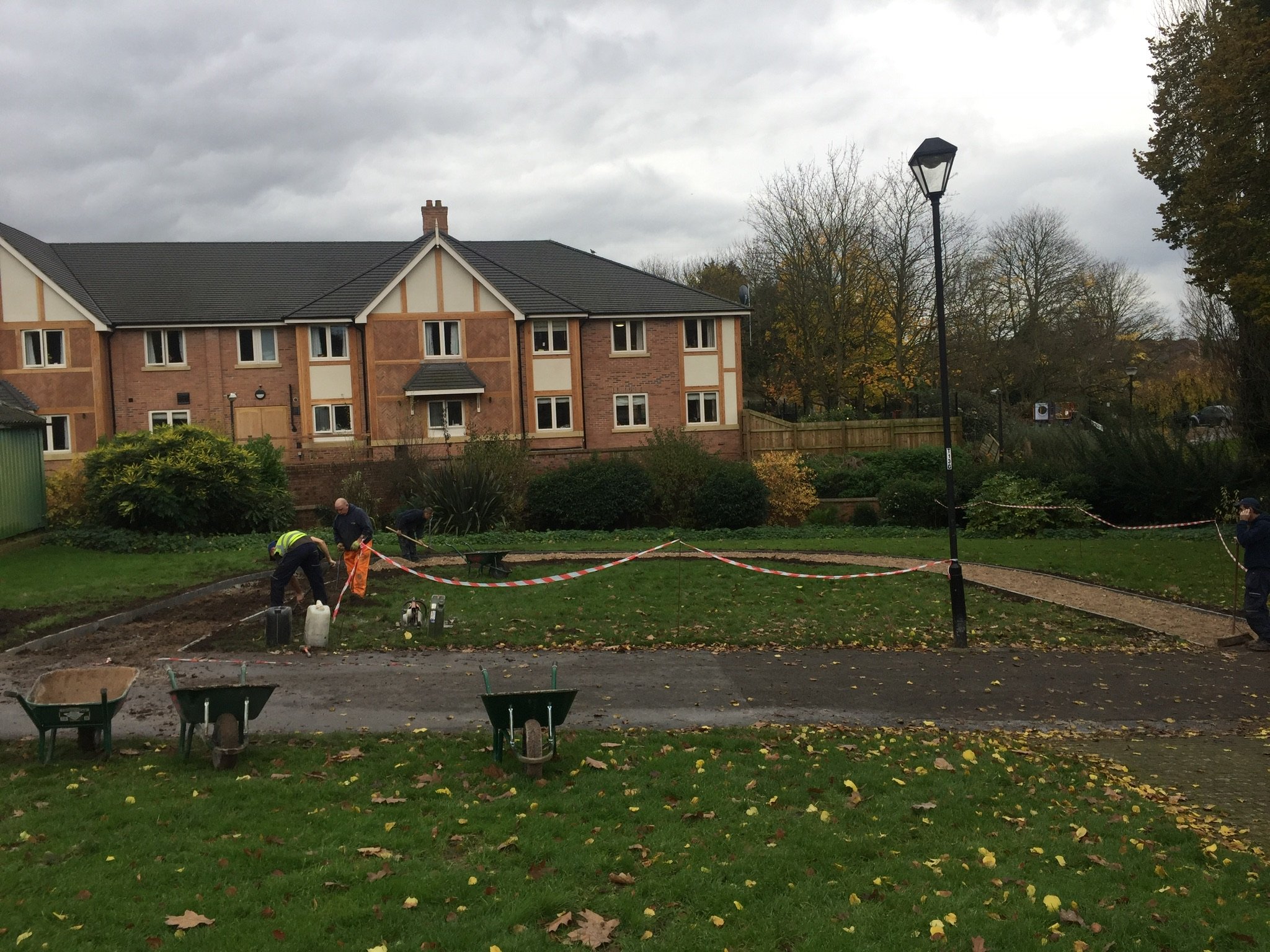 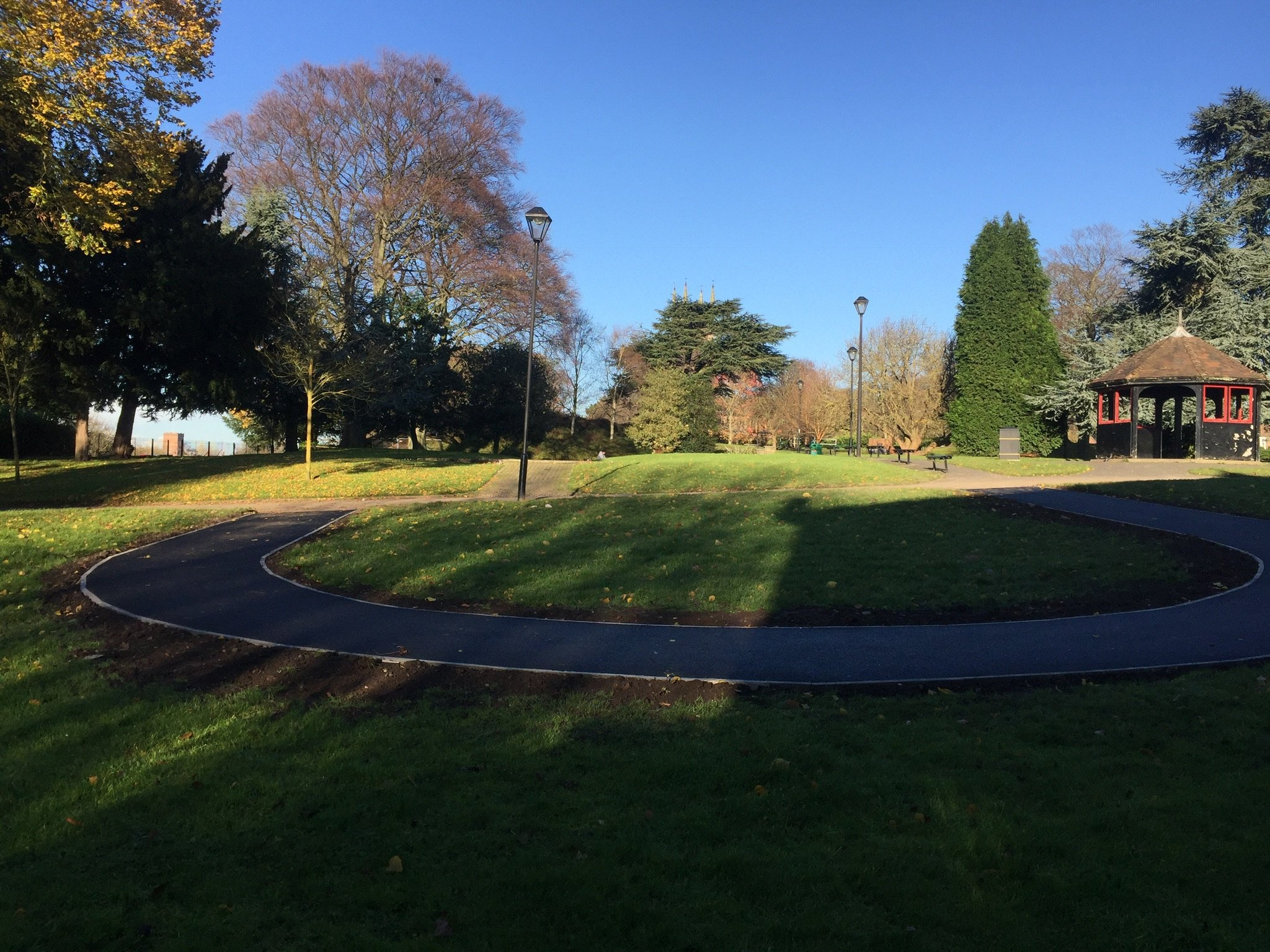 The Parish Council has decided on a name for the new memorial garden, which is to be the:  Peace & Unity Garden

The two new bench seats, purchased with funding from Staffordshire County Council and with support from County Councillor Syed Hussain,  have been installed on 1st May, and photos of the benches are shown below: 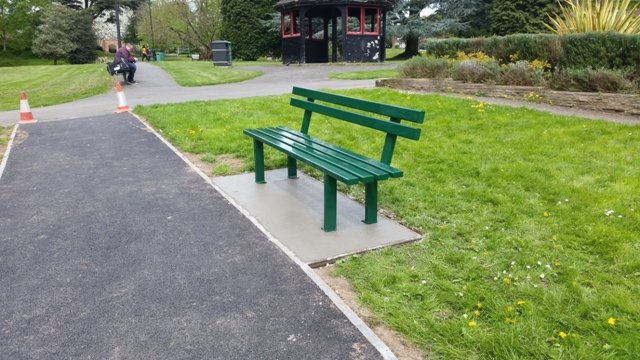 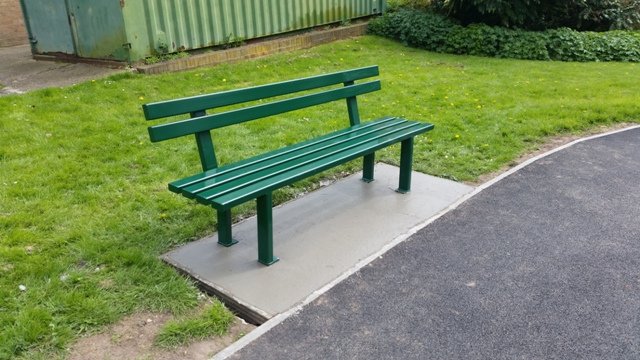 The Garden was formally opened on Sunday 1st July 2018 by the Deputy Mayor of Burton, Councillor Colin Wileman, who is also the Chair of our neighboring Brizlincote Parish Council. 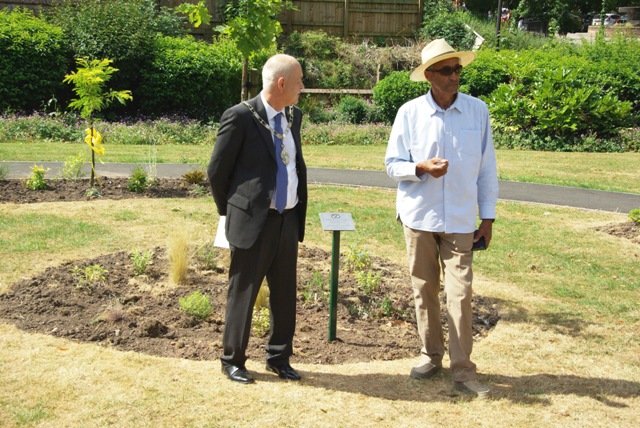 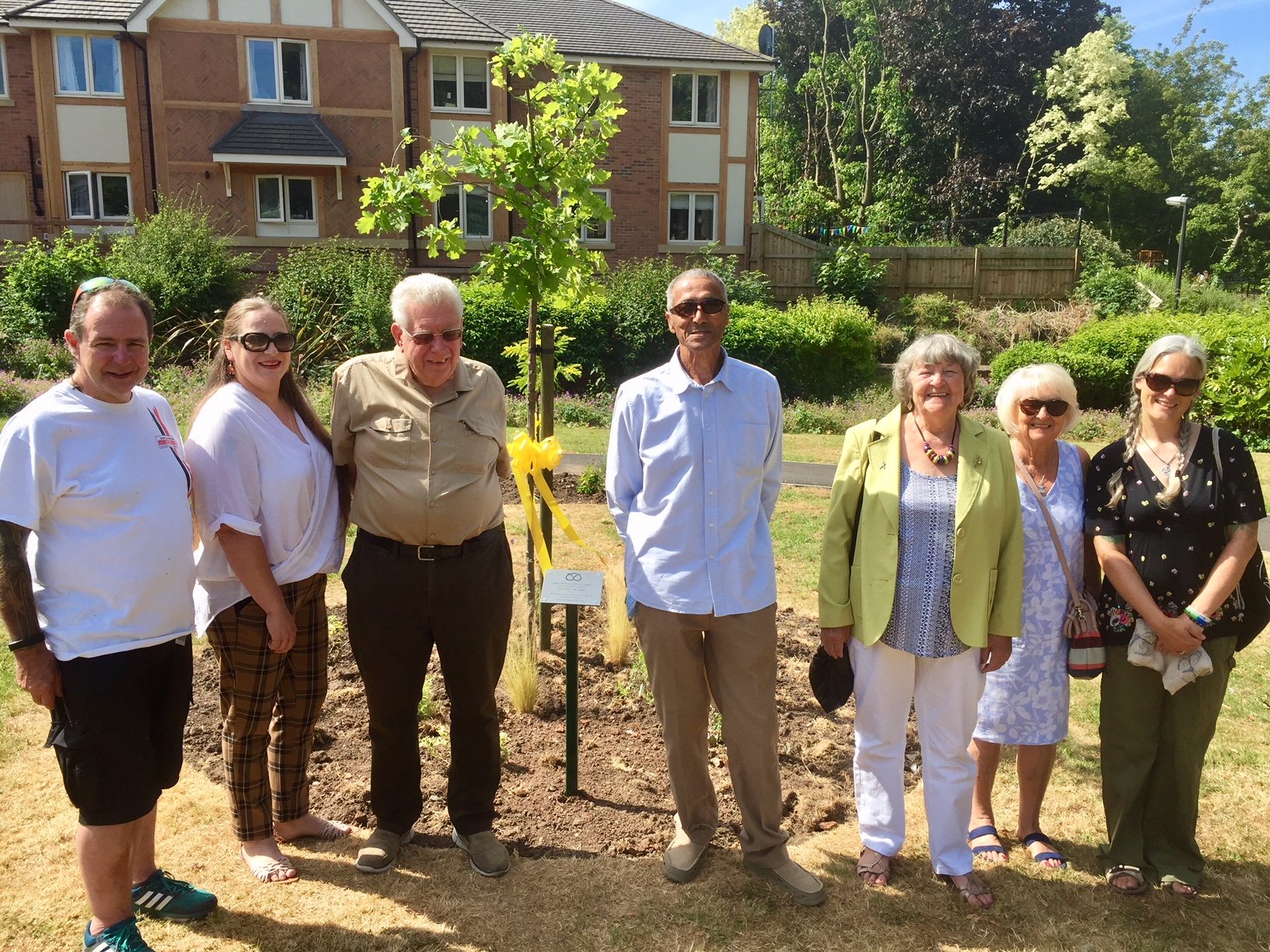 In March of 2019 councillors have been voluntarily at work on the flower beds, which have been tidied with the removal of winter debris.  There have also been additional plantings of daffodils and heathers, courtesy of Paul Steed at the Greenhouse Centre in Stapenhill Cemetery. 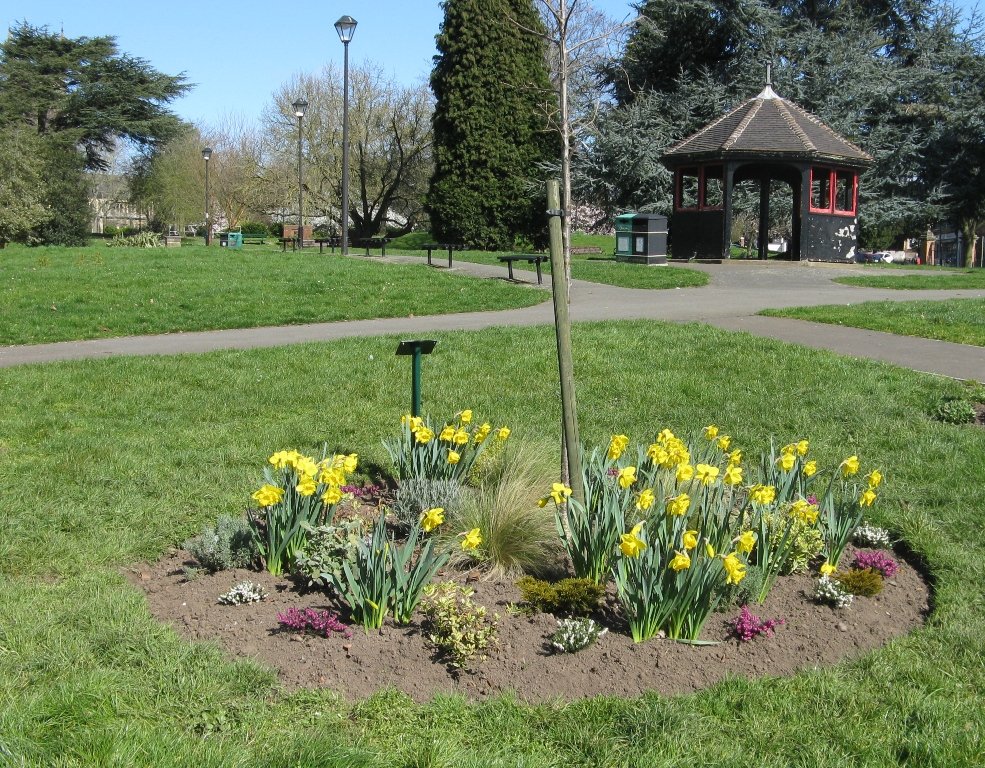 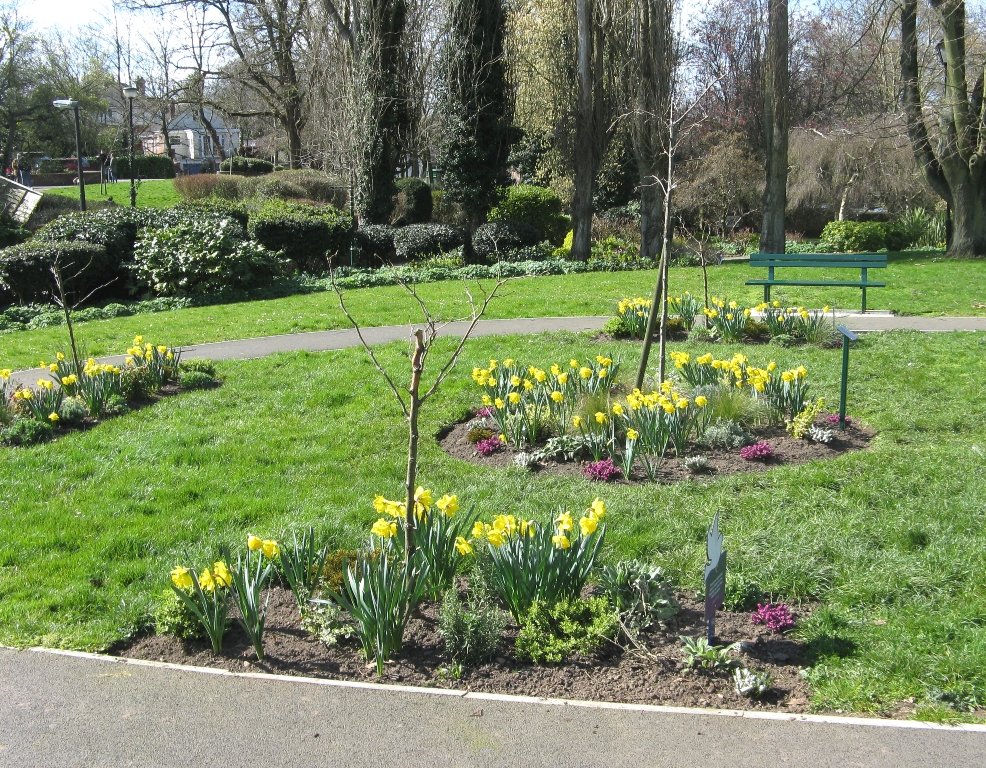 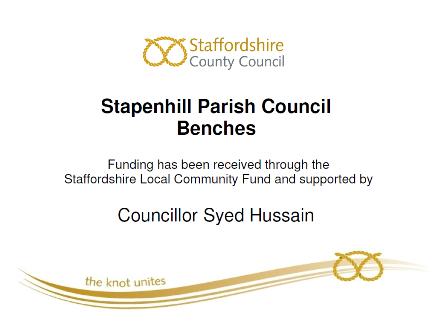